Taking Action On Your Dream! 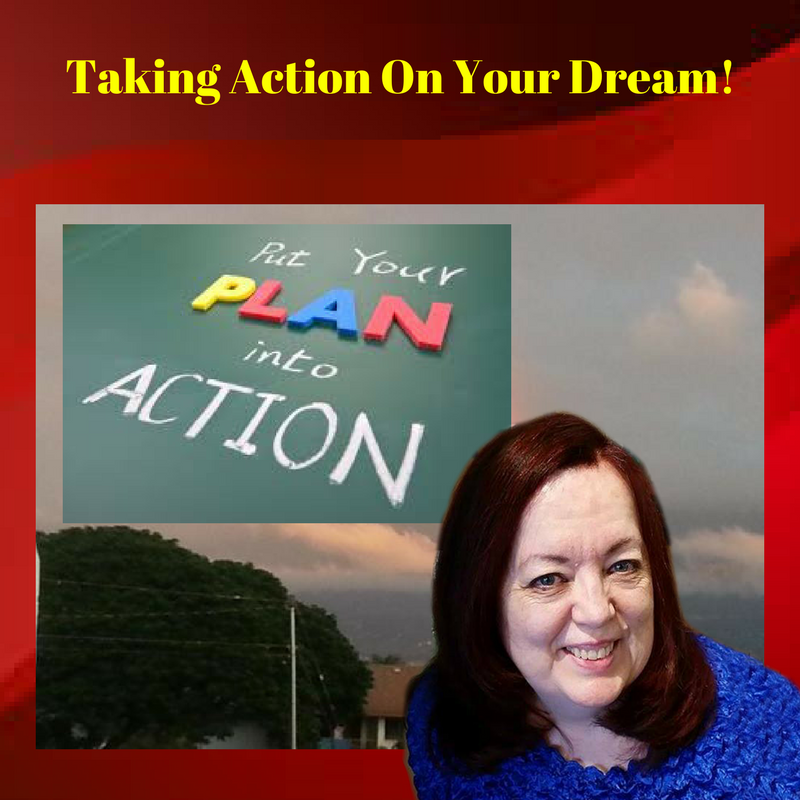 Taking Action On Your Dream!

Acting on Your Dream by Les Brown

I have not often admitted this‚ but I was inspired to become a public speaker by perhaps the worst motivational speaker I’ve ever heard in my life. This fellow is still working‚surprisingly‚ so I won’t give his name.

He was the opening speaker in a seminar I attended early in my speaking career and he nearly closed the show early with his monotone‚ unenthusiastic presentation. As he spoke‚the room grew as quiet as a graveyard between funerals. I went to sleep to be awakened by what could only be called courtesy applause for his presentation. You could make more noise clapping with one hand.

After the less-than-stirring speech‚ I leaned over to the guy sitting next to me and said‚ “That was really boring.” And he said‚ “You should be so boring for the kind of money he makes.” The fellow told me this terrible speaker was making $5‚000 for each terrible speech.

After hearing how much money a really bad speaker could make‚ I decided it was time for me to go after this dream. A few days later‚ I caught a Greyhound Bus from Miami to Orlando‚where I’d signed up for a seminar for beginners held by the National Speakers Association. It seemed like the bus ride took weeks. I know it took every last dollar I could scrape together.

And so I was road-wear ybut eager to hear some inspiring‚ motivational‚ and dynamic speaking when I finally took a seat at the event. But who should walk out to lead the first session but that same terrible $5‚000-per-speech speaker? I could not believe it! All that time on a stinking bus‚ stopping in everyone-horse town between Miami and Orlando‚ to hear this guy again? I nearly got up and walked out.

By the time he’d gotten halfway through his speech‚ nearly half the audience had fled. But I stayed on until the bitter end and the speaker’s parting shot‚ as it turned out‚ was worth the price of admission.

I represent the thoughts that you have rejected for yourself.” I don’t know about the other dozen or so people in the audience‚ but Mr. Monotone hit me right between the eyes with that shot. It was true. He had acted upon something that I had only dreamt of doing. I’d spent years dreaming of becoming a public speaker.

But dreaming was all I had done. This guy May not have had any talent for it. He May have been the most undynamic public speaker in history. But he was up there while I was still dreaming. And so that is how I became motivated to start a new career by perhaps the worst motivational speaker I have ever heard. Thanks Les!

What can you apply here?

I know myself I have often glossed over hearing someone speak that I didn’t really find interesting. But what can you apply if you really listened? What I got was that if I have a dream‚ I can learn how to make it a reality by listening to someone that has done it. Maybe we are not always interested in everything we read‚ see or listen to‚ but what could be used.

Are you open to finding the answer?

Sometimes we don’t always know what the answer is going to be. Sometimes it’s a matter of being in the avenue‚ and beginning the process! Sometimes it is allowing ourselves to go to someone and learn from them‚ even if we think we have all the answers most of the time we really don’t. Is it more important to be right and broke‚ or open to listen? I know myself there are many times when I don’t like the answer I have been given‚ but it’s always right on!

Taking action even before its perfect!

This is a big one! Many think they have to have it all laid out before they will even begin‚ but that is a sure formula for failure! The reason why is‚ it will never be perfect! Is there risk in that‚ YES! Is there risk in waiting? Even a bigger YES! Waiting usually leads to never even starting because there will always be something that comes up to keep you from doing it!

Be Flexible‚ Set A Pace‚ Experiment!

How To Avoid Mean Girl Marketers (Or Boys)

I Am Your Bridge Towards Confidence And Belief And Success

Thinking Downhill On MLM Challenges Instead Of Uphill