Should You Be Calling Your Leads? Part 1 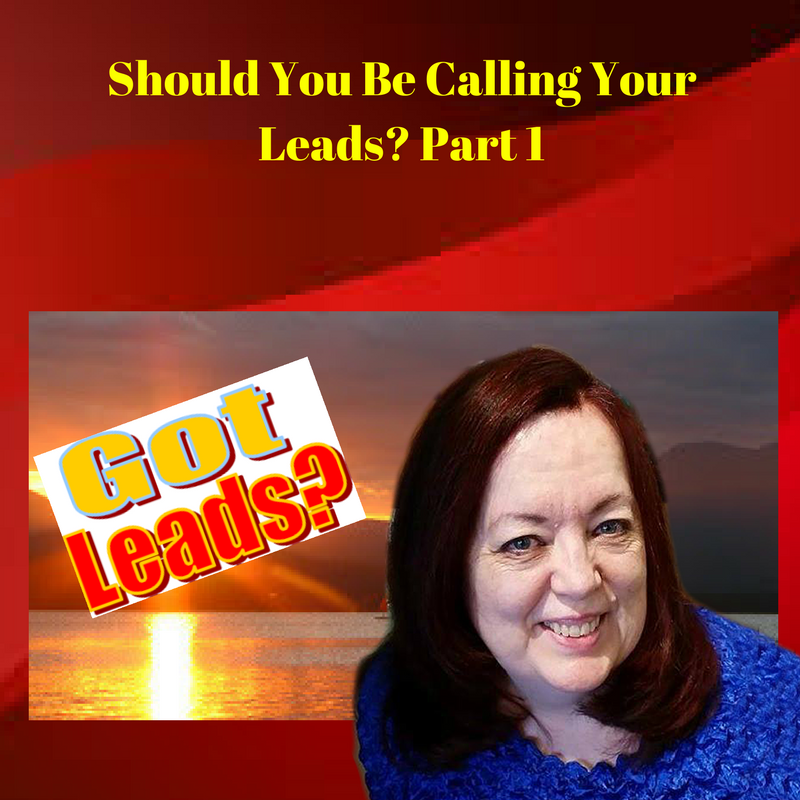 Should You Call Your Leads?

I have heard a lot of pro’s and cons on this. I know there is a degree of posture that must be involved. But I have found that there are so many offers that people have the ability to get into‚ that it is murderous not to call. In way of explanation…

Long Ago And Far Away…

Long ago before I knew about social media and being able to generate leads at will now‚ like I now can‚ I used to buy leads. And we are not talking about $2–3 but we are talking in the range of $25–100 a lead because they were highly qualified. When I spent that kind of money‚ there was no question about calling them; I did it because I invested my money.

Now it’s funny because there is not an up-front monetary outlay‚ many believe they shouldn’t have to call them! Now don’t get me wrong‚ I love Mike Dillard‚ but I can tell that the majority have totallymiss-understood his story. He came from cold-calling and that is what he doesn’t recommend.

I went through a period where I thought I could just spam out links (I didn’t call it that then) and I would get all of these leads‚ but it didn’t happen. Here is what I learned: you have to establish a relationship before you will have anyone join you in your opportunity! Plain and simple no one will join someone they don’t know‚ like and trust.

Creating Leads On The Internet!

Today it takes more than just putting up a great article or blog post or even video to create a lead. I have found that even in the social media sites it does take some time and “sweat” to create a good lead.

Sometimes someone comes from weeks‚ months‚ even years of contact. If you spent the ”Sweat” creating that lead‚ why on earth would you not call them? I know many don’t because they are afraid of getting rejected. I know I used to feel that way too! And when I made those calls‚ I had a really awful script! There was no relationship-building skills there I can tell you.

But what did happen is I learned a lot about people. Now I love to call‚ because it’s never about me‚ it’s about them. Take the focus off of yourself‚ and say “How can I help you?”

The No Call Myth

There seems to be a myth that is being perpetuated on the internet that somehow all of these people will just sign up‚ all you have to do is just put your link out there. But what I have found is that they will‚ after much time spent establishing yourself as a leader‚ but to expect that to happen before is not going to happen. So those expectations for most people are not only not realistic‚ but dangerous!

I Was Too Scared To Call My Leads!

MLM Business Prospects Do Shop For their Sponsors

I Learned This Cool Trick To Get 10 MLM Leads Today!

I Found Out How To Become The Guru Everyone Wants To Listen To In Online Network Marketing!